CALL US FIND US
You Are Here: Home > About Us > History

Over the years, with the help of our employees, we have been able to help thousands of customers with their transportation needs. Our volume has reached levels never thought possible in 1969 and we continue to grow.

It all began on May 5, 1969. Joe Machens moved from St. Louis to Columbia and purchased the Ford franchise from Tom Allton, who owned Allton Motor Company. The dealership was located downtown in the building that is now The Fieldhouse bar at 1107 East Broadway. With some imagination, you can picture the garage doors at both ends of the side facing Broadway along with the showroom glass in front of what is now an outdoor patio. The service doors can be spotted on the back side of the building. The body shop was on the other side of Walnut in what is now Central Missouri Computer.

The dealership moved to its present location at 1911 West Worley, in what was then considered to be the far west side of Columbia. Virtually none of the buildings in the area existed at that time. The building was considerably larger than the downtown location and much larger than it needed to be. There were no desks on the showroom, only display vehicles. The body shop was in the main building. The washbays were located in the service department.

To take advantage of the extra space in the building, the dealership expanded into the speedboat, trailer and motorhome business. Unfortunately, this expansion was followed by the oil embargo, which pushed most buyers into economy cars and out of large gas guzzlers–like speedboats, trailers and motorhomes. The recreational vehicles were dropped a year later.

The Body Shop building at 600 Bernadette was completed. The detail shop then moved into its present location. The showroom area of the new building has had a number of uses since 1977: storage of a classic Thunderbird collection, a Leasing Company, BMW sales, the Rental Department, the Import Center and now the Ford Truck Center. 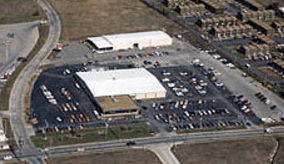 The racquetball building at 900 Bernadette was completed. Originally a Spaulding Racquetball Club, it was later operated as The Body Shop Fitness Center and Club Woodrail. Even though the building was designed to be a free-standing structure without relying on the racquetball courts, no one could have guessed that the building would eventually be remodeled into another dealership.

As an attempt to gain additional sales during the energy crisis, the dealership began to sell mopeds and motor scooters. The need for economical transportation and the location in a college town seemed to be a good combination for mopeds and motor scooters. While they did sell reasonably well, after several months it became obvious that it was better to concentrate on cars and trucks instead of other types of vehicles.

The Isuzu truck line was added. Even with the introduction of the Ranger a few years later, Isuzu proved to be valuable for its trucks and sport-utilities.

Gary Drewing joined the company as partner and General Manager.

The BMW franchise was purchased from Carmichael Motors in Jefferson City and moved to the 600 Bernadette building.

Volkswagen, Audi and Porsche were purchased from Riddick Motors on Old Highway 63 in Columbia. These franchises joined BMW as Joe Machens Import Center. 1987
The main building on West Worley was expanded toward the street. The service entrance was enlarged to have two lanes of drive-in traffic. The customer lounge was moved from the cashier area.

Remodeling continued in the main building with the expansion of the bookkeeping office and cashier counter. Later in the year, the body shop was expanded to the east to make room for two new paint booths.

The racquetball building was remodeled and expanded to become the new facility for Joe Machens Toyota. The former Toyota building at 416 Vandiver became Machens Automotive, the used car reconditioning center.

BMW and Isuzu were moved to the Toyota building, Volkswagen and Audi were dropped, and the 600 Bernadette building became the Ford Truck Center, providing needed additional space for display and storage.

A new storage lot for Ford inventory was added behind the Toyota building.

The Body Shop was expanded to nearly twice its size, allowing room for additional paint booths and repair stalls. Also in 1995, the used vehicle reconditioning department expanded to 1306 Creasy Springs.

The Ford building on West Worley, the Ford Truck Center on Bernadette and the Toyota-BMW-Isuzu building on Bernadette were remodeled to give a cleaner, more modern exterior appearance. The Honda dealership in Jefferson City was sold to give us an opportunity to focus on our larger dealerships in Columbia. On October 15, Joe Machens passed away after a long illness, leaving his partners Gary Drewing and son Dave Machens to continue the organization’s record of growth.

The Ford store underwent its largest expansion yet, substantially increasing the size of the service department and the administrative offices.

The Rental Department and the Ford store detailing department moved to a new location at 1908 West Worley, just across the street from the main showroom. This allowed the parts department to expand as well. At the Toyota store, the Isuzu franchise was dropped because of Isuzu’s declining sales nationwide.

Scion, a new brand from Toyota, was introduced at the Toyota store.

Gary Drewing became sole owner of the dealerships after buying Dave Machens’ half of the company.

The BMW franchise moves to an exclusive facility on I-70 Drive SW. The Lincoln and Mercury franchises are added to the Ford store. 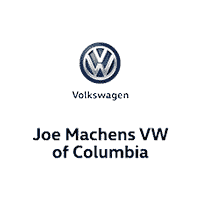